back
Ojcowski National Park was established on January 14th 1956. Its area currently covers
2 145 ha. It lies in the southern part of the Krakowsko-Czestochowska Upland and encompasses the valleys of two small rivers - "Prądnik" and "Sąspówka".

Strict protection covers the most valuable forest complexes, mostly beech Carpathian forest area of ​​251 ha (12% of the Park area). The area of active protection is 1 057 ha (65%), the landscape protection is 107 ha (23%). The largest area of ​​Park’s forest ecosystems constitutes 71% of its territory; they are mixed forests and include: Carpathian beech and hornbeam forests, small numbers of sycamore and thermophilic beech. Agricultural land is 464 ha (22%), including 81 hectares of meadows (4%). Due to poor agricultural use the land is subject to natural succession of the forest. The meadows require mowing in the framework of active conservation. Protection of landscape concerns mainly private land.

The rich flora mainly consists of Central European species (the most numerous), and North-Asian. These are Pradnik Valley’s common flora components, forming undergrowth of deciduous forests or included in the typical forest communities (such as beech, hornbeam, pedunculate oak). Among the approx. 50 of the mountain species are: hornbeam, fir, Moldovan aconite. A rare plant in this group is Centaurea mollis – it grows in the Dolina Zachwytu. In the undergrowth sycamore woods on the north-eastern Chełmowa slopes and Czyżówka’s rocks grows rare rhizome species of fern - hart's-tongue.

Here the number of active species is estimated to be 11 thousand whereas approx. 6 thousand of which is identified. Very characteristic of OPN’s groups of animals, aslo being the park’s symbol are bats, living in caves. There are 17 species here (of 25 species living in Poland). The most common is Greater Mouse-Eared Bat and Lesser Horseshoe Bat. Larger mammal species include: Roe Deer, European Hare, Wild Boar, Fox, European Pine Marten, European Polecat, Stoat, Beaver, Badger, Dormouse, Muskrat. Among the 120 species of birds we can find 94 breeding ones such as: Black Stork, Eurasian Eagle-Owl, White-Throated Dipper, Owl, Northern Goshawk , Long-Eared Owl, Black Woodpecker, Green Woodpecker, Wild Pigeons (Pigeon And Turtle Dove), Goldcrest. Common Redpoll, Bohemain Waxwings And Fieldfares are examples of the migrant species. Among the amphibians the most common are: Smooth Newt, European Fire-Bellied Toad, Common Toad, Common Frog, Tree Frog, and others. Reptiles are represented by Ordinary Grass Snake, Lizard, Slow Worm, Common Viper, Smooth Snake. The most common species of fish are living in the waters of Sąspówka and Prądnika rivers. These include: Brown Trout and Rainbow Trout. As for the snails worth mentioning is Carpathian Blue Slug. The most numerous animals in the ONP are insects (there are more than 5 thousand already identified and described). The main threats to the ONP is a negative impact of tourism on the nature of the Park, the pressure of settlement both in the park and in the immediate vicinity, the disappearance of rare and endangered species of plants, also superseding of habitats of native plants by alien species, unfavorable ownership structure (30% of the OPN owned foreign).

Among the protective measures undertaken by the park are: reconstruction of forest stands by adjusting the composition of species to habitat conditions, mowing meadows harvesting and biomass removal, removal of undesirable plant species, protection of environment, organization of tourist traffic.

T​the park it is easy to reach by car (entry to Ojców from the main national road # 7 - from Warsaw and 94 - from Krakow and Katowice) and labeled hiking trails. Network of trails consists of 37 km; they allow access to such landmarks like Łokietek and Ciemna Caves, castle in Pieskowa Skała, the ruins of the Ojców Castle also the exhibition of OPN’s nature. These facilities are available to explore usually between the 9 and 16, generally during the tourist season. In winter you can visit the castle in Pieskowa and exhibition of OPN’s nature. Throughout the year, it is available to explore the Grodzisk Shrine and the Chapel On The Water (usually between the services, after consultation with the local parish).

In the "Ojcowski" National Park there is a Centre for Educational and Didactic classes for teachers, guides, students and school groups. For this purpose the trails and a permanent exhibition of nature are used. Classes are also organized in the castle of Pieskowa Skała (Branch of the Wawel Royal Castle in Krakow) and by the private owners of the Old milling settlement of Boroniówka in Grodzisk.

Find out more on:
http://www.ojcowskiparknarodowy.pl/ 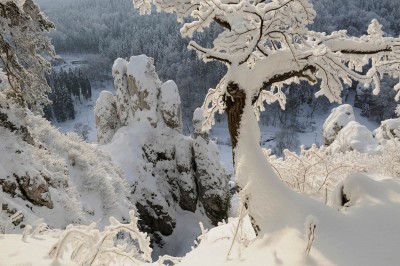 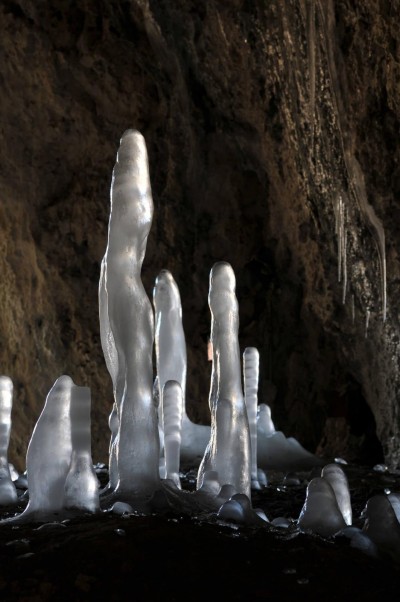 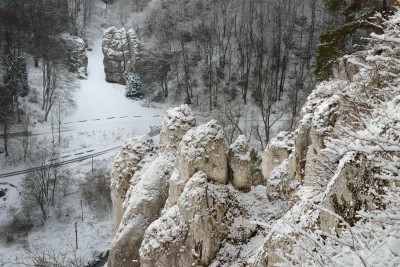 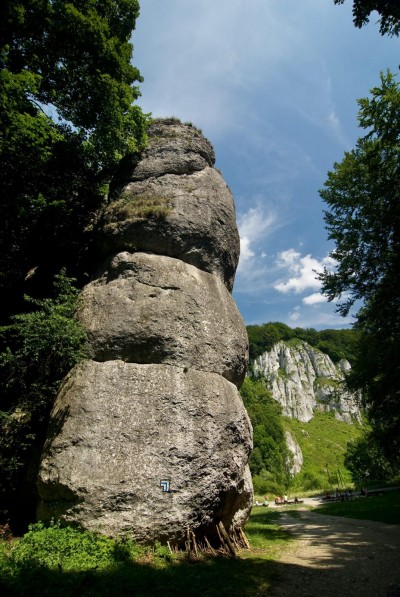 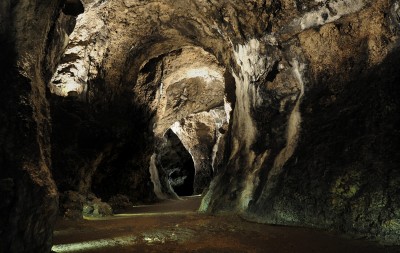 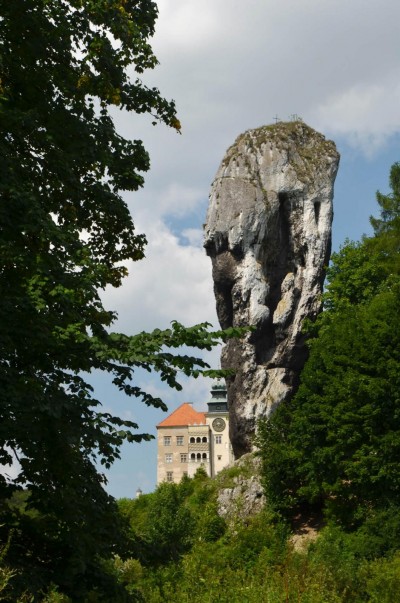 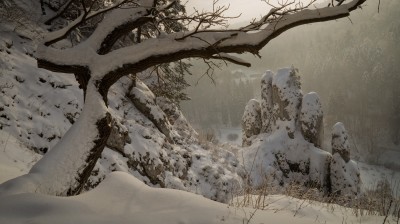 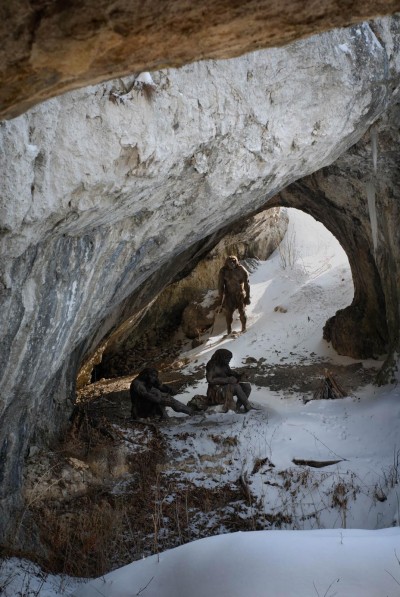 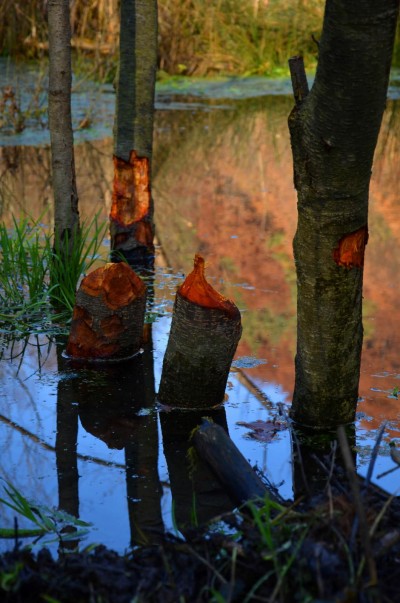 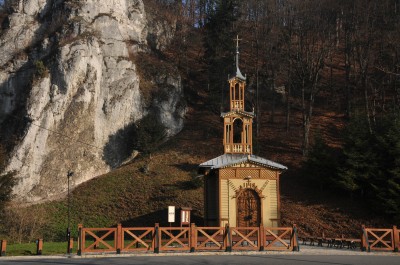 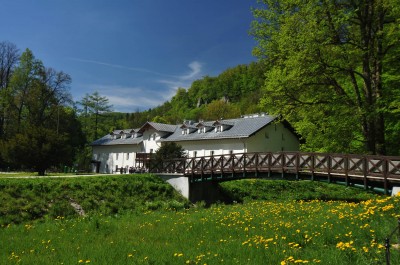 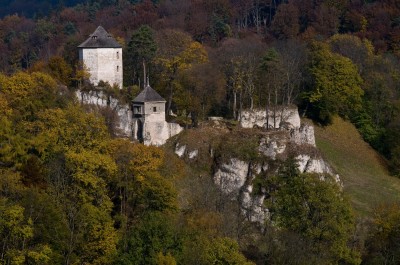 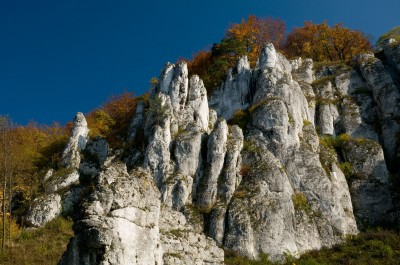 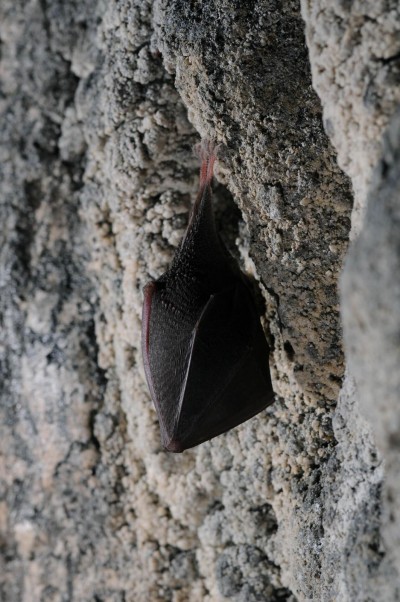 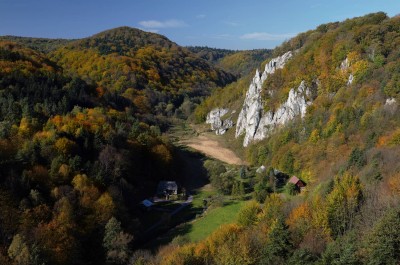 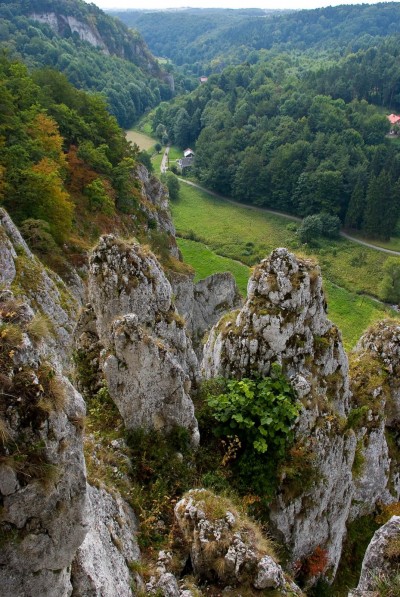 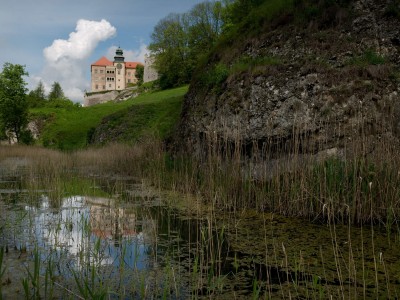 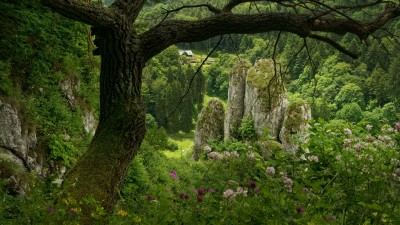