One of the 23 national parks in Poland, created June 1, 1932 as the first national park in Polish country. Pieniny National Park holds the most valuable landscape and nature areas of Pieniny: Three Crowns Massif, Pieniny Czorsztyńskie, Pieninki and the Dunajec River Gorge. Green Rocks is the only part of Pieniny Spiskie that was included in the area of the Park. Pieniny National Park was established (along with his counterpart PIENAP in Slovakia) in 1932 as the first national park in Poland and the first in Europe, as the second in the world - international protected area. On the Polish side it includes a part of Pieniny area of 2,372 ha. On the Slovakian side the area of the Park ranges for 3750 ha. Strict protection zone holds 744 ha of the Park space, 533 ha of active protection. To the landscape protection zone belong 1094 ha.

Among the most valuable forest ecosystems of the Pieniny National Park we can distinguish relict mountainous pine woods, sycamore and maple-lime forests and thermophilic beech forests. The most valuable non-forest ecosystems are the calcareous alpine grasslands along with alcareous rock walls, xerothermic rock walls, and mountain hay meadows and bogs of alkaline marshes.

In Pieniny area 2,848 species of plants and fungi, 282 species of algae and cyanobacteria, approx. 320 species of mosses and liverworts, approx. 470 species of lichens were found. In the Pieniny region there are two endemic species (species that cannot be found anywhere else in the world) to be found: Taraxacum pieninicum, Erysimum pieninicum, alongside with endemic varieties of the kind like: squarrose knapweed, goldmoss stonecrop, absinthe wormwood. There are also relicts here - plants that have survived from earlier geological periods: Zawadzki’s chrysanthemum (chrysanthemum) and juniper tree.

The variety of the terrain structure along with the diversity of environmental conditions have made the animal world particularly interesting. In Pieniny we counted more than 7369 species of animals, including approx. 297 species of vertebrates. Larger mammals are represented by: wild boar, deer, roe deer, lynx, badger, pine marten. Wolves and bears visit the park occasionally. Thanks to the presence of caves, where animals can overwinter, range of batspecies remains quite rich, including up to 15. Avifauna of the park is also plentiful. Ornithologists counted here approx. 184 species of birds, 134 of which are nesting here. One of the most interesting species is a very rare wallcreeper, living in limestone rock walls. Kestrels, ravens and peregrine falcons are nesting on inaccessible rock ledges. Among the most interesting forest birds we can distinguish: black stork, spotted flycatcher, hazel grouse and woodpeckers: black and three-toed woodpecker, nutcracker, ring ouzel and willow tit. Owls are represented by the eagle owl, long-eared owl, hairy owl, tawny owl, little owl and pygmy owl. Near the water you can meet little ringed plover, the kingfisher and the white-throated dipper. In Dunajec, side by side with trouts, it lives Danube the largest species of freshwater fish in the salmon family.

The main threat to the integrity of the ecosystems of the Park is the increased tourist traffic. Pieniński National Park is visited by over 700 thousand tourists each year, which puts PNP at the forefront of the most trafficked tourist destinations. Growing infrastructure surrounding the Park is also a serious threat to the natural environment of Pieniny.
Pieniny National Park has a rich network of hiking trails, whose total length is 23 km. At the entrances to the park in Krościenko, Czorsztyn, Sromowce Wyżne - Kąty, Sromowce Niżne and Szczawnica both educational and exhibition centers are to be found, along with tourist information spots. Directorate of PNP, educational center and the nature exhibition is located in Krościenko by the Dunajc river.


Found out more on:
http://www.pieninypn.pl/en 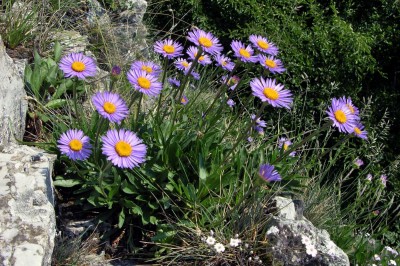 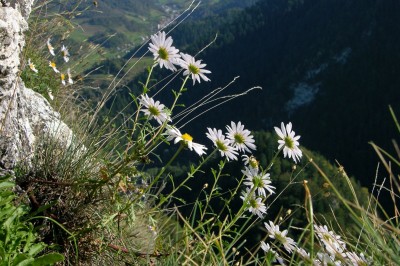 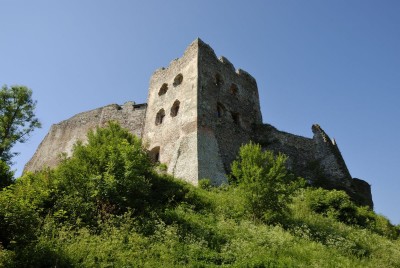 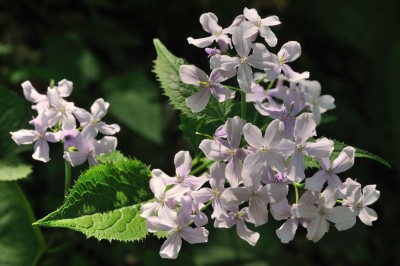 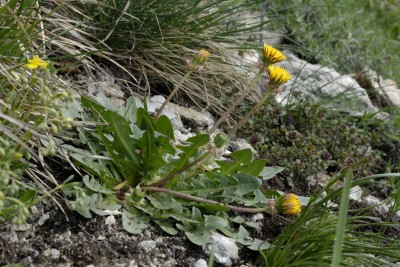 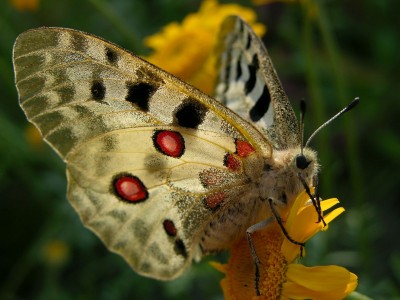 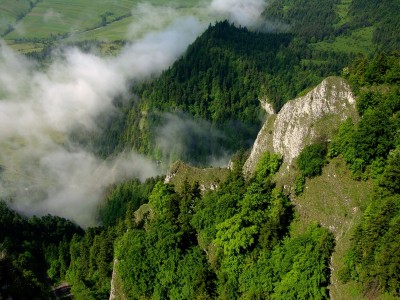 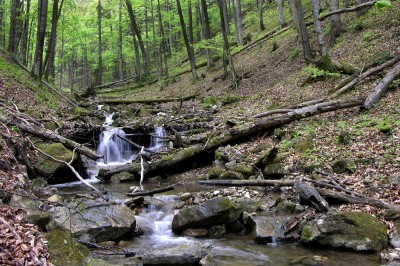 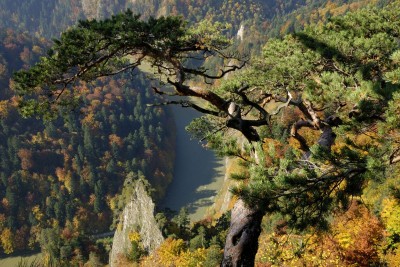 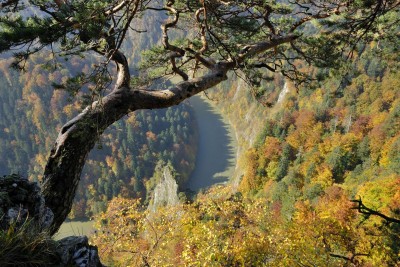 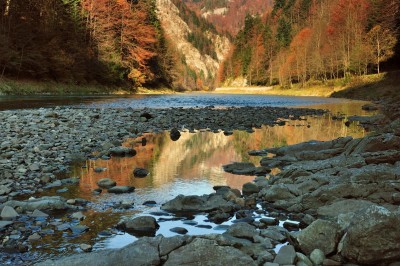 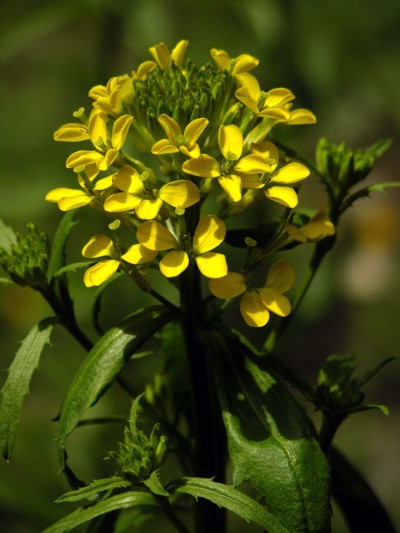 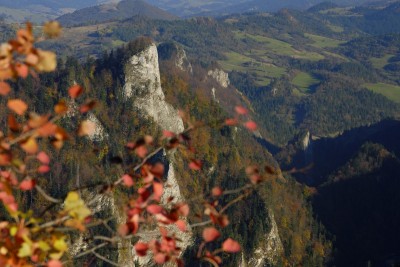 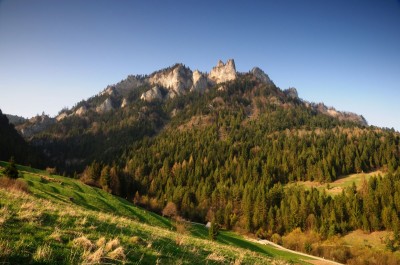 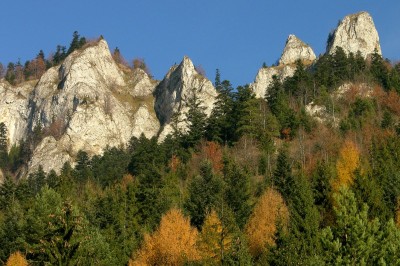 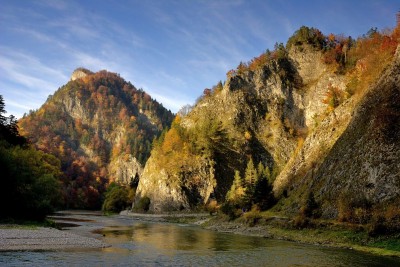 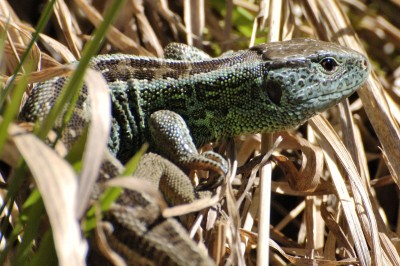 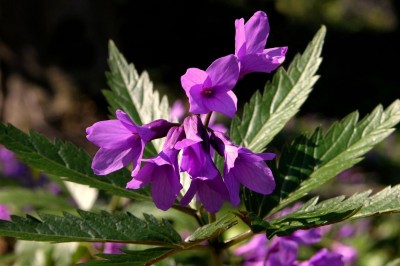